43 replies to this topic

Hello And welcome to legends Number 32 Mr Frank Zappa I have been waiting a good while to see this legends and I think the wait has been more than worthwhile . This legend is the work of Frankyz84 I take no credit what so ever . So stop reading this and get on with the thread .

Francesco Zappola, born December 21st 1940, in baltimore, of Sicilian/Greek
parents.In 1950 at the age of 10 he started to learn to play drums, From
here his interest in music developed. And so began writing songs. he was
greatly influencedby the blues music of the 1920s and 30s deppresion era,
espesialy Willie Johnston,Which lead him to pick up guitar, after moving
to Lancaster at the age of 12. At the age of 15 he met Don Van Vliet
(who became Captain Beefheart)and formed a school band called 'Blackout'
who then renamed themselves 'Joe Merrino and the Mellowtones,and changed
again a while after to 'The Ramblers'
Frank Zappa`s first big break came when a producer heard him performing
some of his own songs, and recognising his songwriting talent, asked him
to write the music score for a "B" movie called 'The Worlds Greatest Sinner.
Now able to gain acsess to the music industry, it was not long before his
talents were being recognised by the record labels, and was signed to "Verve"
a label owned by M.B.A. His first "Pro" band was called 'The Soul Giants'
And after a lineup change they renamed themselves 'The Muthers' then
'The Mothers of Invention'. In 1966, the released their first album "Freak out"
on the 'Verve' label. They went on to make 6 albums with 'Verve', including
Zappa`s first solo album called "Lumpy Gravy".
Zappa started to show his flare and passion for music, and was starting
to show his individuality as a songwriter and musician, influenced not just
by Blues, but also Jazz(modern and trad), the theatrical elements of Opera,
the style and pomposity of Classical music, the excitment of Latin American
music, and a good sprinkling of Rock'n'Roll. The composers Edgar Verese,
and Anton Webeen, had a big impact on him, and influenced his Classical writing.
In 1969, having made a fair wedge, he Started his own Record Label called
"Bizarre" and signed Bands like 'Captain Beefheart', 'Alice Cooper', and
'Wild Man Fisher'. He also released a total of 10 albums on this label
including,"Chungas Revenge", "The Grand Wazoo", and his first film, "200 Motels"
After some initial sucsess with these bands, and good record sales, Zappa went
on to form his next record label, "Discreet Records" in 1973. he produced 9 albums
including "Overnight Sensation", "Apostrophe", "Bongo Fury" featuring
'Captain Beefheart', and "Zoot Alures".

In 1979, Zappa founded "Zappa Records" And his writing style changed a little
to taking a more satirical look at life and music. He produced "Sheik Yerbouti",
"Joes Garage parts 1,2" and then "3 and 4", and "Tinsel Town Rebellion".
In 1982, Zappa Started his final record label "Barking Pumpkin" Which Produced
over 25 records, including,"Shutup and Play Your Guitar" with new guitar prodigy
'Steve Vai' (who himself has gone on to become a legend) "Ship Ariving To
Late, To Save A Drowning Witch", "Does Humour Belong in Music" (a kind of documentry)
and "Havin` a Bad Day" with son Dweezil Zappa, And the album to bring more
political awarness to the youth of America "Broadway the Hard way". he also
produced some work with his daughter Moon Unit, And worked with The London
Symphony Orchestra.
In 1990 he traveled to Czechoslovakia, and met President Vaclav Havel, who
was a huge Zappa fan. After meeting him Vaclav was so impessed by Zappa`s
Outspoken honesty, and his Humble personality, that he made him Trade and Culture
Emissary.
In 1991 Zappa was diagnosed with Prostrate cancer but carried on working till his
death in 1993. He was working with the Irish Folk giants 'The Dubliners'
Frank Zappa used his music to quite a dramatic effect, to laugh at people, and
to make people laugh. he used many forms of music to comunicate with us,
from Blues, Jazz, Classical, Rock, Folk, Country, and Western, Latin, and
World music. Zappa`s influance can still be heard in a great many of the Bands
today, He was a musical genius, and in my own humble opinion, one of the
greatest musicians of the 20th century.

Some of the great musicians who worked with Frank Zappa

That's brilliant. Zappa is a wonderful musician and knew how to look on the bright side, through the blue. A superb character and a genius composer.

Deserves alot more recognition. But he was nuts, he called his kids Dweezil and Moon Unit for god sake!

I still have Les Paul's autograph

Nice! Frank Zappa is my hero, in a cool way. Broadway the Hard Way is one of my favorite albums.

i'm glad to see one of the most influencial people, not just guitarist, but person in general is up here. definitely someone i look up to. with the world how it is today, zappa's voice and his musicianship is missed more then ever. there never can be another frank zappa

I love his lyrics, fun, dirty, hilarious and not to mention this guy can rip!!!

My father has almost everyone of this guy's bootlegs and 75% of his real albums.He really destroys his strats, he was an awesome player and guitar hero. 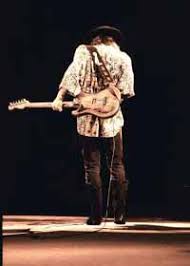 And don't forget that Zappa defended the music industry in the Supreme Court against Tipper Gore. She said that violent music made violent kids, and he responded thusly:

"I wrote a song about toothpaste, but no one's teeth got any better."

Zappa is the man, he's hilarious. And one hell of a guitarist! Shame he died.

'Slow night in a Desolate City'

one of my favorites, this guy can be credited with raising one of my fvorite steve vai, but man this guy was freakin sweet

hey why are you so dumb?

I love Frank, the man was a god.

Care to explain that statement.

Absolut genius. Just got into him a while ago and now own 6 of his albums. Great guitarist.

Zappa was of French, Sicilian, Neapolitan, Greek and Arab ancestry.

Someone has been doing some digging

on topic though, zappa was genius

Ok, i just got done watching 200 Motels. That was a weird movie, but very good. Is "The indian of the group" really indian?

I still have Les Paul's autograph

The "Indian of the group" thing is a running gag, though I don't know how it started. I have several Mothers albums, and on at least two (We're Only In It For The Money and Ahead Of Our Time), there are numerous repetitions of "Hi boys and girls, I'm Jimmy Carl Black and I'm the Indian of the group."

That's what I thought. The only one I've heard it on was "Concentration Moon" off of We're Only In It For The Money.