8 replies to this topic


Released in 1990. Produced by: Bruce Fairbairn.


AC/DC's first album since 1986 became a true classic. the album busted out two of the bands biggest hits that they had ever done. All songs were written by the two Young brothers, while Johnson was having a bit of a rough time so he did no help write, and the two brothers wrote a great album together. Well done boys!

AC/DC released this album during a period when hair metal and pop were the most popular musics but when The Razor's Edge hit the shelves with the hits Thunderstruck and Money Talks people went crazy over AC/DC...again. The ratings had dipped a bit since AC/DC's 1981 released album For Those About to Rock but this record thundered up to #2 on the chart and became a multi-platinum album.

The album was produced by Bruce Fairbairn who had also worked with Bon Jovi, Aerosmith and Poison over the years.

The first track on this album became legendary and showed that after 2 years AC/DC could still rock. Thunderstruck, featured one of Angus's signature licks and with Malcolms great rythym parts added it made on of the catchiest tunes off all time. with the chant of THUN-DER! going thru the song, it quickly became AC/DC's greatest hit along with Back in Black and Highway to Hell.

The next track (Fire Your Guns) was also a catchy tune that is one of my personal favourites from this album. rockin fun.

Money Talks caught up quickly with AC/DC's other hits and can be heard in most of the bands concerts. Some great riffs by both Angus and Malcolm and the lyrics added by Brian Johnson makes this song one you'll be singing or tapping your foot to all thru the song.

The title track, The Razors Edge, keeps up the great riffs in this album. with somewhat haunting lyrics it makes you wonder sometimes.

The rest of this very catchy album are straight up, rock the night away, AC/DC rock n roll fun.

This album shows that AC/DC is truly one of the greatest rock n roll bands and proves over 15 years of great music and the band continued to release great music up to the year 2000 with Stiff Upper Lip. i would give it a 9 out of 10 rating. Johnson's lyrics are great on this album and Malcom and Angus continue their classic riffs. great AC/DC on this album for ya.

oh yeah! thanx for posting this dorio, its one of my favourite AC/DC albums and i couldn't stand it not being here. that album has some of the bands greatest riffs. Malcolm and Angus make that album alll about the riffs and lick and Angus does some of his best solos too. Also Brian Johnsons lyrics are quite good on the album, especiallly since he was going thru a tough time.
oh and there is a mistake in my review this album was not their first in four years (Blow up Your Video released 1988) but it was a great album considering the band had just got over many problems.

Well i've corrected that little mistake then: since "Blow Up Your Video" had been
released in 88 and "The Razors Edge" in 90 (10 years after "Back In Black") that's 2 years between those 2 albums then ...

So i've added the release date and producer on the review. The next one was live
released in 92 i believe So it's all good. What a legendary band they have become now !

what an awesome album. It was the dawn of a slightly different AC/DC sound. Still very much awesome!

Got this cd a couple of weeks ago. I can't stop playing the Thunderstruck on my guitar. 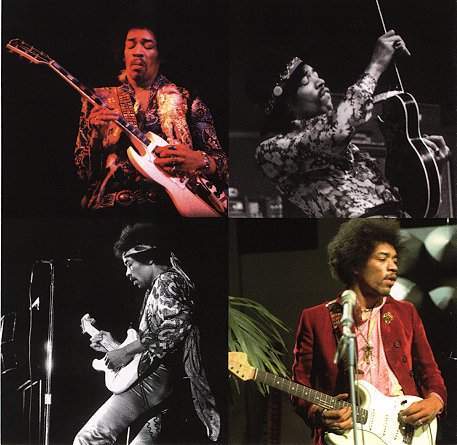 ROCK AND METAL IS THE ONLY DECENT MUSIC AROUND
r.i.p. bon scott , jimi hendrix, freddie mercury and others
tht created these beutiful music genres and it 's succesors to making it better
Back to Influential Albums