29 replies to this topic

Looks like you read a book on "Rookie mistakes in webdesign" and took it the wrong way.

I also play banjo on Soundclick

frusciante is indeed pure genius, his tone for one and the way he only plays a couple of notes throughout some of his songs and it still sounds good.

restriction, and feeling is the key.

John Frusciante is absolute divine - don't judge him by the Chili's though. Get Niandra LaDes and Usually Just A T-Shirt and Shadows Collide With People and you'll hear the genius.
He came off smack in 1998. He's recorded some amazing solo albums. Technically he's a lot better than given credit for and live is unbeatable.

I'm gonna go out on a limb here and compare John Frusciante to Lou Reed of the Velvet Underground. Both absolutely incredible at what they do.....play the guitar to the best of what the song is capable of containing, without going overboard and causing the band to change course altogether.

Lou Reed was the same, from my point of view, in the Velvet Underground. To someone who only listens to the popular radio songs, I'm sure he sounds very basic and even less-than stellar. Both Lou Reed and John Frusciante are not known for having the greatest of voices, but at the same time the Chili Peppers wouldn't be the same without JF's voice backing up AK's lead.

"I, I love the colorful clothes she wears
And the way the sunlight plays upon her hair
I hear the sound of a gentle word
On the wind that lifts her perfume through the air" 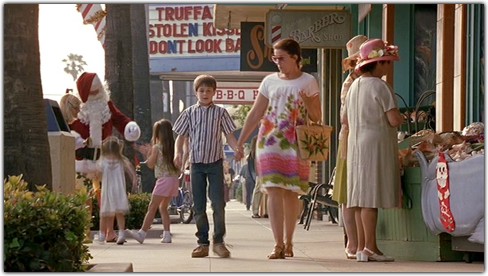 Most people saying that Frusciante isn't that great have no clue what they are talking about. Now, don't get mad at that, I was one of you too. I was a casual RHCP fan, loved most of the hits, but didn't think they were anything to get to excited about. A friend of mine asked if I wanted to go see them live, I wasn't even too into that, but decided what the hell we'd go, smoke some weed, and it'd be fun. So I went, and ever since that night I've held Frusciante up with the likes of Hendrix, Page, anyone out there. Not to say he's better than them, but he holds his own easily. You can't judge him if you haven't seen him live, it's a mindchanging experience.

I think he really enengized the Peppers He's Awsome Yes

Hes a good player. He does what he needs to to make his guitar work fit with the song really well. Under the Bridge is a really great song for rythym guitarists

My beauty.
Back to Guitar Q & A