47 replies to this topic

Most of the quests in Oblivion aren't part of the story anyway. Frankly, I completed the storyline in about 5 hours.

I bought Guitar Hero and Disgaea for the DS today, so f*ck you all with your "next gen" technology and fancy graphics

Smashy, did I mention that nobody cares? I think I might've.

Once I get my poor damaged 360 back, my Fable 2 character will be an "honourable thief" type guy. I decided this long ago.

It's impossible to be an honorable thief, I know that much. Stealing is dishonorable

yeah man, they make you feel real shitty when you fuck around now 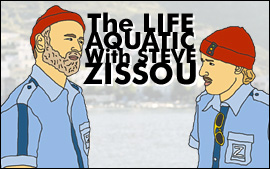 I wanna be arseface again...

Start again, and don't go NEAR an Oblivion Plane till you're at least level 15...you get a much better quality of bad guy to fight that way....and get the Shivering Isles extension if you haven't already...

Nothing comes close to Oblivion...Fable is still fun, though...

QUOTE (pegasus4704 @ Oct 23 2008, 11:38 PM) <{POST_SNAPBACK}>
yeah man, they make you feel real shitty when you fuck around now
Oblivion does that when you kill someone. You a message saying something like "your actions are being observed by forces unknown......" or something like that. Can anyone confirm, does this change anything later in the game? Cos I was thinking of joining the Dark Brotherhood.

Haha. He mentioned it was broke. He didn't say it was his fault though.

It's a game I could play over and over again. The only thing that bugs me is having to do the whole dungeon tutorial thing again.

It was nothing to do with me. And if I hadn't got into contact with Microsoft to get it fixed, it'd still be sitting in the living room gathering dust.

Oh and Neal, that "Your actions are being observed by unseen forces..." thing only appears a couple of times. And yes, it's an indication that the Dark Brotherhood are watching you.

Holy honkies! It's got Stephen Fry in it!

Hmm. He's all over the place these days. Apparently he does some narration in LittleBigPlanet, too.

I want Stephen Fry to appear in House...

Turns out you can't die in this game. That's a f*cking stupid decision.

Yeah I heard about that and gave a big ol' "WTF?". It was a bad idea in Bioshock and it's still a bad idea now.

You can die in Bioshock. Surely. I managed it.

So yer pretty much confident you'll be alive 12 months after the games' release?

Bastard of the Peace

I sense that you're trying to say something, but I don't know what it is.

Beat it in an hour and a half, who the fuck decided it's evil to eat meat?

"banana dude - why are you talking to us instead of setting yourself on fire?" -embilly, 2008

"I think this may be the best advice ever passed from one gtuer to another" -Bobert, 2011
Need a good laugh?

"banana dude - why are you talking to us instead of setting yourself on fire?" -embilly, 2008

"I think this may be the best advice ever passed from one gtuer to another" -Bobert, 2011
Need a good laugh?
Back to Discussion