In a sense I agree with richey. I wouldn't want parties like the BNP not to be allowed in the political process, just precautions against things happening that might endanger people. Democracy shouldn't ever be able to interfere with civil liberties or human rights.

Well Hitler only gained complete power because he burned down the Reichstag and had his own personal bodyguard to intimidate opponents. I don't think that could happen nowadays.

Oh, I'm not saying ban them. I'm saying fight against them in a democratic way (which includes internet campaigning, petitions and so on) and get the truth out there. Expose them, challenge them. Give people the facts. People are saying, "oh, it's because of the expenses scandal, or the recession, or failure to control immigration, blah blah blah". There's just no excuse for it.

This is an issue I'm passionate about but I'm not going to get into a huge debate. Suffice to say, I thought I'd post it here about trying to stop the fascists. I'm genuinely surprised I encountered an argument. That's all.

I don't think a petition against them would achieve anything, that's all. What's it gonna do, give the BNP a conscience? Doubtful.

What needs to happen is the major parties need to do something about immigration - illegal immigration, that is. At the moment they're all too scared of appearing racist or politically incorrect to actually tackle the issue, and it needs to be tackled. If they do so, then a lot of the BNP's vote would disappear.

Alex is absolutely spot on. The more that the major parties rufuse to deal with issues like illegal imigration, amongst other things, the more people will vote for the BNP. 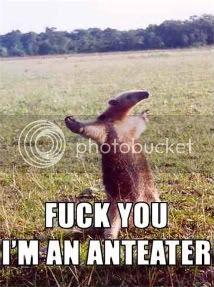 Is it that bad? Do people really feel so alienated by the mainstream parties that they are willing to vote for people like that?

And say why it never worked for me.
Something to do with violence
A long way back, and wrong rewards,
And arrogant eternity.

Clearly. Although it tends to be fools who believe them when they say they're not a racist party. Most people protest by just not voting, or by voting for someone like the Greens or UKIP.

It's always petitions and protests and trendy colored bracelets with you, isn't it?

On PR, my problem is an indicisive, unstable government which would have many fringe/one focus parties. ALso, as Alex said, at least now we can vote for people not parties.


I think there are some articles that (at a stretch) could lead to the disolution of The BNP as a non-democratic parties under Human Rights Laws.

Article 14 of The Human Rights Act - The enjoyment of the rights and freedoms set forth in this convention shall be secured without discrimination on any ground such as sex, race, colour, language, religion, political or other opinion, national or social origin, association with a national minority, property, birth or other status.

Article 4 of The CERD -States Parties condemn all propaganda and all organizations which are based on ideas or theories of superiority of one race or group of persons of one colour or ethnic origin, or which attempt to justify or promote racial hatred and discrimination in any form

We're all going to be just dirt in the ground.

Proportional respresentation doesn't have to be party list, in Ireland the STV-MMC version is used, and you are voting for the individual. For an example of a ballot paper:

It gets somewhat smaller eventually...

Have to say, I'd vote for Charlie Keddy out of fear.

Also, sod the petition, this is how to deal with the BNP:

QUOTE (richey @ Jun 9 2009, 06:02 AM) <{POST_SNAPBACK}>
Oh, I'm not saying ban them. I'm saying fight against them in a democratic way (which includes internet campaigning, petitions and so on) and get the truth out there. Expose them, challenge them. Give people the facts. People are saying, "oh, it's because of the expenses scandal, or the recession, or failure to control immigration, blah blah blah". There's just no excuse for it.

This is an issue I'm passionate about but I'm not going to get into a huge debate. Suffice to say, I thought I'd post it here about trying to stop the fascists. I'm genuinely surprised I encountered an argument. That's all.

QUOTE
We can never be sure, he contends, that a silenced opinion does not contain some element of the truth. He also argues that allowing people to air false opinions is productive for two reasons. First, individuals are more likely to abandon erroneous beliefs if they are engaged in an open exchange of ideas. Second, by forcing other individuals to re-examine and re-affirm their beliefs in the process of debate, these beliefs are kept from declining into mere dogma.

That is to say, I agree.

QUOTE (elliemollett @ Jun 9 2009, 02:01 PM) <{POST_SNAPBACK}>
Proportional respresentation doesn't have to be party list, in Ireland the STV-MMC version is used, and you are voting for the individual. For an example of a ballot paper:

I thought so. Still, If you have pictures I bet some people just vote for the happiest looking person, or the best looking (least ugly in this case perhaps).

Deirdre de Burca would get it.

I'd ban them, no doubt...their constitution clearly states that you cannot be a member of the BNP if you are anything other then White and British...this is blatant racial discrimination, which is against UK law...it amazes me that they are even allowed to stand for election, far less people actually voting for them...they would deny "democracy" to a huge percentage of UK citizens, so why should they have it extended to them?? They are racist scum, end of!

QUOTE (el_burton @ Jun 9 2009, 12:31 AM) <{POST_SNAPBACK}>
QUOTE (richey @ Jun 9 2009, 05:19 AM) <{POST_SNAPBACK}>
QUOTE ( Germany in the 1930s)
You can't call it democracy if you throw out an elected party because you don't agree with them.
Say what you like, they were democratically elected. It's what happened once they were in power that should have been stopped (and would be stopped in any major Western nation now).
That's kind of my take on it. Looking at it all, I'm probably against 99.9% of everything this guy stands for (maybe 99.99999999999%), but he was democratically elected. You can't speak out of both sides of your mouth when talking about a democracy, either it is or it isn't. Kind of like being "a little bit pregnant." It's not a democracy if you only think what is "okay" should be allowed. You can't go around saying "Oh, yeah Democracy is great stuff. We're a Democratic nation. Rah-rah Democracy..." and then tack on "... but only if you agree with me."


(And that's what they said then.)

Because someone disagrees with you about what "should be allowed" in a democracy doesn't mean they don't agree with you that this guy is probably a scum. Like me, I think he has the right to stand because obviously enough people voted for him to do so, but I think I'd hate everything about this guy both politically and personally if I ever met him.

He's probably "the other side of the pendulum." When enough people perceive the political or social "pendulum' has swung too far in one direction, the reaction is usually that many normally "middle of the road" citizens will gravitate to the extreme opposite side. One of the truisms of political and social change.

And you can look at the bright-side. Maybe he'll be like many of our political-hacks over here. Like... oh... Senator Robert Byrd. Like many Democrats if you look back a few years into their past, he used to be a Klu Klux Klan Grand Kleagle (recruiting officer and propagandist) and now he'd shine Obama's shoes (if Obama'd let him

) and spits and sputters and drools all over himself making speeches about reforming immigration to make it easier to come in and get citizenship, etc. So maybe, if like most politicians he finds it helps his popularity and his pocketbook in the long run, even Griffin could change. Hell, he could be a Liberal Socialist ten years from now!

I'm shocked at how self-important some people are being over this.

People only want freedom of speech when everybody says the same things as they do.

I do not support the BNP, but I support their right to exist and stand for election.