I bought a 2nd countryman guitar -spot the difference


4 replies to this topic

new one although vintage do you remember ?spot the

difference no prizes sorry except a well done!

difference no prizes sorry except a well done!

new one on the left

nup wrong Nealio :-)it's on the right the old old is the left hand side one is my old guitar, I try to look after my guitars well.

the new one I bought a couple days ago needs a good polish, the previous owner didn't look after it so well, gave it a few dings here and there! it has some new strings on it, which I put on the other day, I am not the best at re stringing I dont have fancy tools like a widner to make it faster. Because, I am stingy like that

some surface scratches and the headstock isn't perfect has a few dings that need sorting out,yet, least I now know saddle and nut height

it has the original bits in it and I cna plug it into an amp.

but I haven't bothered with it as, it plays well 'lay down sally' booms out on this guitar I have to put feedback buster in it as, it's a very 'meaty sound' so my brother says lol! anyone would think it's pie and chips!

the newer one is in good shapeish has some wear and tera over the years but, I don't care as its as close as I can get to the finish I have with orange on it.

this one is more red sunburst but the picture shows it close to my shade where infact its not. its a dark red sunburst with lighter red/orange centre.

the left is bright orange yet flash wont show it with a dark orange edge. I take it in stores and they go hmmm. thats a unusual finish?! I know when I bought it, it was the guitar shop owners guitar and he said at the time it was 'kind of special' something about Japan and different finish to the norm. one reason my mum kind of snapped his arm off because of how he played it and set it up for me. she said, give me that one not the standard beginners ones! I don't want one of those. I want a cool one for her that will last.I learnt hagglignf rom my mum she haggled him down and made him re string it lol!

thus I managed to haggle down the new but old one

now I need a sexy pic of me holding both guitars lol! how do I hold a tablet same time as taking pic. 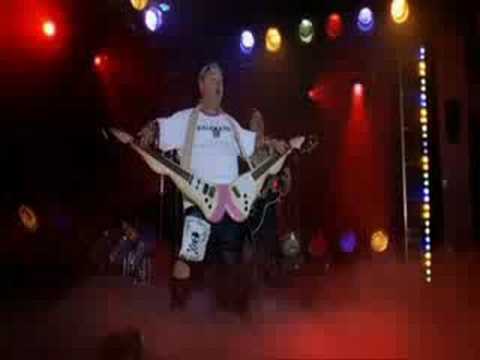 LOL I wonder if he glued them with loctite,

Back to Acoustic Guitar Discussion