I lost my MojoSo i disbanded my band


16 replies to this topic

Well a little more to it than that.

I seem to be in a wilderness, The last gig we did was a Christmas gig, it went really well, however in the new year, we have not been able to get together for a rehearsal because of life and other commitments, so i woke up one morning and decided thats it, no more band. However, since my wife has been gone my heart has not been in it, so i hardly pushed it.

It was the best band i have ever been in, not one argument, not even so much as a cross word, we enjoyed what we did, and enjoyed each others company. We were not a fantastic band, but we enjoyed what we did, and we had fantastic gigs. I want that again, but my heart is not in the music. My heart is not in life itself. I have a gig in May, i have managed to get an ensemble together for a one off, and i have just applied for a buskers licence, more because i need the money than because i want to do it.

I need a new direction, both in life and in music. My wife was my life.

I lost my Mojo, and i don't know how to get it back.

proud to have worked with these guys, and will work with them again

Rick, I know words aren't really much help. I can only imagine the hole in your heart losing her has created, but try to remember Sharon would've wanted you to still be able to find some joy in Life. Try to remember the good times with happiness, instead of with sorrow. Maybe not all that easy, but try. Sharon would've wanted that for you. My thoughts and prayers go out for you.

I'm sorry to hear it Rick.  Maybe busking again will help you find a new direction with music/performing?

You've always got your mojo here.

Where words fail, music fills that void for sure.

My best recommendation is to tie that pain to little musical balloons and set them free. Music is an amazing medium for expressing and expelling the things that weigh us down. While you may never fill that void, and I'm so sorry for your loss, you can create a pretty comforting companion in music to lead you in new and exciting adventures in life.

I feel ya, Frankyzdude. I wish I had more to give than these words but, well, I am limited. If you ever want I should paint a thing, you let me know. Hang in there, sir, and here's hoping you get the band back together someday. Or any band. Solo run even? Music at any rate. Okay, shutting up now.

Rick, I know words aren't really much help. I can only imagine the hole in your heart losing her has created, but try to remember Sharon would've wanted you to still be able to find some joy in Life. Try to remember the good times with happiness, instead of with sorrow. Maybe not all that easy, but try. Sharon would've wanted that for you. My thoughts and prayers go out for you.

Thanks John for your kind words, and indeed all the other kind words. I guess i was a little drunk last night and feeling low. I have wonderful memories to hold in my heart and make me smile, and it's not often i feel this maudlin, but it is coming up a year since Sharon's passing, so i guess it is praying on my mind a lot. I am not generally one to feel sorry for myself. I think part of it is that the Music died when she did, it took a while to get the band on track again, and then my heart was not in it, and it is hard to get back into the enthusiasm, and love i have for it. I have no doubt i will find my way back, but for now life seems a bit of a wilderness.

At least you're talking about it, even if it is with us numskulls.

Do you still teach?

I guess the thing is there is no quick-fix Rick-feel-great program but as John said everyone here cares about you and if there is anything any of us can do you know we will.

At least you're talking about it, even if it is with us numskulls.

Do you still teach?

I guess the thing is there is no quick-fix Rick-feel-great program but as John said everyone here cares about you and if there is anything any of us can do you know we will.

Ha, made me Smile.  maudlin is an underused word.

Yes i am still teaching, although business has dropped off a little, i am just about surviving on my megre income, and i can afford a little pleasure in life.

3 good albums actually. gotta love me some Nick Cave especially.. I have recently got into collecting albums made by local musicians, there is a lot of good stuff out there on the local scene, and a great deal of talent. Some albums are i think bedroom productions, and very roughly done, but that seems to add to the charm and feel of the music being produced. I am a big supporter of local music.

I also had a listened to the 3 GTU albums that we all did some years back, and that made me feel somewhat nostalgic for the old GTU days. There was some really good music made, and i hope you guys are still making that music.

Other people's talent motivates me, every time o get a bit cocky and think I've got lyrics or guitar licked I go to a local show and usually leave feeling very inadequate and inspired.

Nick Cave is the man.

God, is it already a year? That's scary.

Of course, Rick, you getting together with Sharon was almost miraculous, when you think about it. Years after you first met, different ends of the world... it was a fairy tale and it was beautiful. And to us idiots here it was a symbol of hope. No matter the odds and the time, there is always the chance of something amazing, of that wonderful happiness.

Maybe what you need is a break. Recovery is hard and everyone in every situation handles it differently. The music will never go away, it will just be waiting for you to come back when you're ready 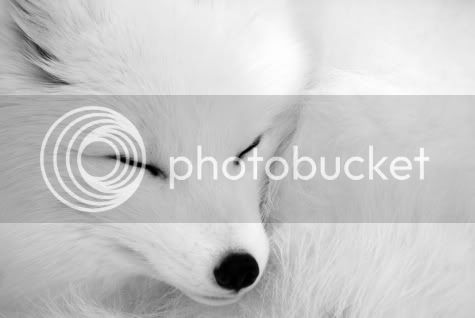 Can't believe it's a year already Rick. Sorry to hear you're feeling down. I hope life picks up again for you soon.

Hey Rick. I'm pretty shit at words of consolation. My favourite poet is a woman who experienced a lot more hurt than I could ever imagine. I'll let her speak on my behalf since she knew more about losing a partner than I. Sorry if this is cheesy.

I’d watch lights dying down,
And gloomy evening firs,
And get drunk on the sounds
A voice, so much like yours.

My loss - a heavy burden
And life is agony!
I used to be so certain
That you’d return to me.

And I must sing upon its coals.
For others men, - its blaze creates
A bit of warmth for cooling souls.

To warm their sated bodies nightly,
They need my tears and I lament…
It’s not for this I sang, Almighty!
Partaking in love’s sacrament!

Place down the poison right before me
To take my voice out of my chest
And wash away my shameful glory
Into the gleaming nothingness.

We all get down sometime bro, don't let it keep u there tho. As dadfad said I can't even imagine loss of that magnitude but she woulda wanted u to carry on doin this that made u happy n brought u joy. I wish there was more I could say to help with mission someone. Keep rocking bud

Again you have my sympathies sir. And thank you for engaging with us so honestly. it's appreciated.
I don't doubt you'll find your way through, not at all. The advice I'd give is what I'd want someone to tell me: keep your band and band mates close. They're a positive in your life as they're people you create with and you can never have too many of those.

And we're here for you sir. An extended family for any time you need an ear

This is bot bait - I'm locking the thread - I must have deleted 50 posts so far.

Mojo is not returned by Russian viagra. I think.

You know it's six's fault.. with his Russian lady poetry.

To be fair, that's some great poetry. Check out Requiem.

I shouldn’t forget how flapped that hateful door,
And wailed the old woman, like beast, it before.

And let from the bronze and unmoving eyelids,
Like some melting snow flow down the tears,

And let a jail dove coo in somewhat afar
And let the mute ships sail along the Neva.