25 replies to this topic

Hello and welcome to Legends number 16 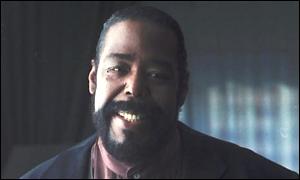 Barry White born Barry Lee on the 12th of September 1944 in Galveston Texas USA . But After a move they went to Los Angeles where Barry was raised .Barry had been singing since the age of four but It was in LA that Barry started to submerge himself into the dark depths of music his mother paid for piano lessons and before long Barry was getting good , so good that while still young (11 years old to be precise) Barry played on the hit "Goodnight My Love" by Jesse Belvin . After this their was no stopping Barry but around his teens Barry started to notice the normal things that happen to a teenage kids the voice starts to change amongst other thing's but it would be the voice changing that gave Barry the biggest surprise . Barry awoke one day to find his voice had not only dropped but it had plummeted. If I remember rightly Barry commented in an interview about his voice breaking along the lines off " I mean I know my voice was gonna get lower but this was just ridiculous I didn't know what to do " im sure everybody would have reacted the same if you were to wake up with a voice a lower frequency than a double bass. But Barry didn't let this get him down and he once again resumes his music writing songs on the piano and the lyrics as well .

Barry started making records during the 60's under his own name " Barry Lee* and as a member of The Upfronts and The Atlantics And The Majestics . However successful he appeared to be with this Barry actually found greater success as a backroom figure guiding the careers of Felice Taylor and Viola Wills amongst others . In 1969 Barry put together the female vocal trio Love Unlimited with the voices of Dinae Taylor,Glodean James (who later became Barry’s wife) and her sister Line . Not only was he the founder of Love Unlimited but he was also the founder of The Love Unlimited Orchestra, a 40 piece ensemble to accompany the Vocal trio and Barry. Barry also conducted the orchestra, composed and arranged so a busy man he was . Love Unlimited achieved success in 1972 with the song "Walking In The Rain With The One I Love" featuring Barry's gravelly passion-soaked voice on the telephone not only did this give success to the trio but it rejuvenated Barry's own career during which he scored major US hits with songs like "Im Gonna Love You Just A Little More Baby" , "Never, Never Gonna Give Ya Up"(both songs in 1973) , "Can't Get Enough Of Your Love, Babe" and "Your The First, The Last, My Everything" (Both in 1974) . These songs were not only popular in the US as the UK proved to be just as submerged by Barry's seductive voice. And with these songs Barry established a great formula blending catchy pop/sould melodies with sweeping arrangements and his husky growl of a voice. The style quickly verged on self-parody as the sexual content of the lyrics grew more explicit, but although his pop hits grew less towards the end of the 70's Barry remained the idolatry subject of live performances. The singers last major US hit was in 1977 when "It's Ecstasy When You Lay Down Next To Me" went into the top 5. The following year he entered the UK top 20 with a cover of the classic Billy Joel song "Just The Way You Are" . He later undertook several recordings with Glodean White but experienced a fallow period before returning to the UK top 20 in 1987 with the song "Sho' You Right" . During the 90's Barry White kept himself busy with duo's and tours he re-recorded "All Around The World" the Lisa Stansfield hit with her aswell as bringing out a series of commercially successful albums which proved that he was more than just a cult figure . He was still touring until his death just last week. The legend that is Barry White may not be alive any more but he lives on through the music.

Well it is surprisingly hard to find a discography for Barry White but I managed to find this one I will just supply the link because he has quite a lot of albums anyway here you go.

And there you go that's another one successfully out of the way thank you for reading and I hope you have enjoyed it . Until Next Week

A nice salute to the voice of love.

QUOTE
A nice salute to the voice of love.

And a list of sources to satisfy the knob

Good work Zak, as usual. need i say more. Who hasn`t made out to the baritone voice of Barry White. The God of Lurvvvve.
R I P barry White.

Thats some nice work. A fitting tribute indeed! I didnt realise he was born on September 12. He was only 1 day, and 40 years older than me!

Thanks . In your avatar you look crazy with that long hair like some metalhead Iron Maidne fan

"Grzeg (...) spending years in the Vistula River Delta picking Miss Takamine with a bottle-neck on his finger!)" - Dadfad 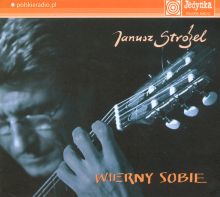 I like some of your choices for Legends and some I don't care for so much. I never really liked Barry White. His music just doesn't do it for me. I'm just not a big fan of R&B, period. Though I will say that I like Barry much much more than a whole lot of other R&B dudes. But this is GTU. As far as I know Barry didn't play guitar. There are alot of guitarists who have passed on- Roy Buchanan or Danny Gatton for example- who might have made a better choice here.

QUOTE
I like some of your choices for Legends and some I don't care for so much.  I never really liked Barry White.  His music just doesn't do it for me.  I'm just not a big fan of R&B, period.  Though I will say that I like Barry much much more than a whole lot of other R&B dudes.  But this is GTU.  As far as I know Barry didn't play guitar.  There are alot of guitarists who have passed on- Roy Buchanan or Danny Gatton for example- who might have made a better choice here.

I didnt know Danny Gatton had died. I wasnt a huge fan or anything.

Thanks . In your avatar you look crazy with that long hair like some metalhead Iron Maidne fan

What are you on about? He just looks like an old man with long hair. 8)

Wow, I couldn't write that much about Barry White to save my life

Barry white, THe man with the voice of jesus in a sexual way

"I'm going to punch you in the ovary. Yep. Straight shot. Right to the babymaker." Ron Burgandy

i read this and was just wondering what his vocal range was. just curious.

Can we have Stevie Wonder on here? I don't really count Barry White as a ledgend...I know he's famous and sold a lot records but I kindof put him in the same place as Luther Vandross...

[FONT=Arial][SIZE=7]I agree, even though this post is late. Roy Buchanan is a great guitarist. The lead singer of his band, Billy Price, was friends with my dad a while back. All I want to know is why they dont have Roy Buchanan live tabs. Can I Change My Mind Live is a good song. Peace