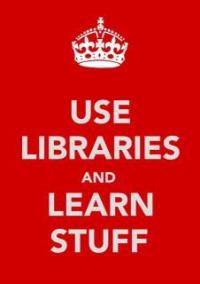 I'm currently reading a novel called 'False Nine' by Philip Kerr. It's a thriller about a football manager (football fans will recognise the title as a position/tactic). I'm only up to about page 50 but it's not great so far. I'll persist with it and see how it goes.

If you want something recommended, my favourites are probably 'On The Road' by Kerouac, 'High Fidelity' by Hornby and 'Fear And Loathing in Las Vegas' by Hunter S. Thompson. Can't go wrong with those.

Everyone needs Le Pen to lose. Badly. She's a fascist and it will be awful if she wins. Frankly I think France should be expelled from the EU if she wins.

Your connection is not private

Attackers might be trying to steal your information from www.guitarzone.com (for example, passwords, messages or credit cards).

So far I'm ignoring it and hoping for the best, which is usually the best strategy in life. What's going on here?

My 16 year old cat was just terminally diagnosed today. The vet gave her three months. My heart is broken.

So sorry to hear that. Thoughts are with you. I know right now it doesn't seem like there are any positives, but be thankful you got that diagnosis and know you have some time left with her, to spoil her and spend time with her.

I agree. The EU referendum is certainly an indicator that nationalism, xenophobia, protectionism and opposition to globalisation/globalism are not confined to the States - opposition to immigration was a key driver for Brexit. But not in London, which overwhelmingly voted to Remain in the EU and remains pissed off. The same for other big cities - Liverpool, Newcastle, Manchester and Sheffield all voted Remain, as did Scotland and Northern Ireland. It tended to be more provincial areas of England and Wales that are taking the UK out of the EU.

I also think Brexit is a key driver of the UK government's inability (or unwillingness) to act to oppose Trump's policies adequately, and frankly I'm amazed the media arent' challenging Brexiters over this. Theresa May cannot challenge Trump on this (or anything else) because she is desperate for a trade deal with the US. It's a huge strategic gamble, because it puts relations with the EU at an even more strained state, and it shows Brexit for what it is - something that makes the UK more, not less vulnerable.

This was number one the day I was born https://www.youtube....h?v=VsXwsNqAOJM

Surely if you're going to go back that far, you could say the entire area of historic Palestine was taken from the Palestinians by force and therefore Israel are illegally occupying Israel. Back in the real world, Israel keeping the spoils of war from 1967 is (and was) illegal in international law. It is most definitely not a grey area - it is very clearly a breach of international law and very definitely an occupation. The West Bank and Gaza are Palestinian territory.

Why do the Jedi effectively have swords?  Why does everyone else use ppew-ppew guns whose lasers travel slow enough you can see them, as opposed to bang-bang guns with bullets? Do you know how quick the uprising would have been over with just a couple of snipers in Endor?

And why are the feared Empire's Storm Troopers so badly trained that they can't hit anything? And why didn't they give Princess Leia a light sabre in the first trilogy? She was clearly a Jedi too, if it's been passed on to the new awful child villain.

Yeah I didn't like the Force Awakens one. Basically a remake of Episode 4. Apart from having a defector, they couldn't be bothered to think of a plot.

BrokenMirror - I'm so sorry for your loss too. As Rick says, your best friend, isn't really gone, she will always be close by in your heart. They never really leave you. And one thing I have realised recently after losing Mowgli is that it makes you appreciate the moments you have more, makes you remember the good times with your friend instead of taking them for granted. If we didn't have darkness we wouldn't know what light was.

Thank you Rick, I totally agree with all that. I'm not going to rush out and get a new cat - I've still got one (I had two) and I'm showering her with love now. It made me feel guilty of the times I didn't treat them so well - like when I stopped them from going in my bedroom when they had fleas. It's not their fault, they don't understand, so she's allowed back on my bed again now. Stuff like that.

Thoughts are with you of course Rick - a much bigger loss obviously. Hope you're holding up OK. You're right about time. It never goes away but I guess just becomes a little easier to deal with.

Thank you Em. Don't know what I'd do without you being so understanding.

Quick update. One of the things I'm doing is donating to cat charities, just in honour of my little buddy. Every Christmas I pick a couple of charities to support (I mean as well as giving gifts to family/friends, not instead of that, I'm not that mean) and this year I am splitting it between Cats Protection and the RSPCA. Cats Protection, as well as rescuing and rehoming etc, have help for people who have lost pets: http://www.cats.org....idance-leaflets which I think is a great idea and might help people. (That's why I'm posting this here, in case others want to read them, not going hey look at me supporting charities. And yes I know its a not even December yet but I try and donate in plenty of time for them to use the money in time for Christmas)

So sorry for your loss Ian

Thank you. That is a good article - it's good to read something from the perspective of someone who really understands how it feels.