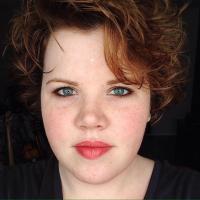 Welcome back Tracey. Have you any new material you'd like to share? I've always been a big fan.

Aww, thanks Neal! The most recent recorded stuff I have is from an EP I released in 2014. I've uploaded the tracks here: https://soundcloud.com/tracylalonde. I still occasionally do music things on the side, but I've learned that it takes a special sort of person to be able to fully make a living at it, and that I'm not quite that kind of person. Still, I've had a good (though minor) run at it so far - I've charted in Canada on iTunes, received some airplay on CBC Radio, played shows around Ottawa, Toronto, and Montreal (Sean - seanpopowczak - came out to that show, so I can confirm that he does actually exist in real life, in case anybody was wondering). It's been fun, and I am trying to work on new material.

It just takes me a while, because real, boring grown-up life is a thing now. *shrugs*

Edit: I have never been Tracy Chapman.

I could be more famous than Gavin.

Not until you've played with the Bahamen you're not

Damn. Guess I'm still a nobody.

Anyway, cheers for voting, all. I've made it as an Ottawa/Eastern Ontario-region top 10 finalist. Exciting!

I'm still pissed that you stopped for breakfast in my town on your way to Montreal and only told me about it afterwards.

I gather everybody is still alive and doing well? It's been a while, yeah.

The only reason I'm stopping by is to let you all know that I'll be releasing an EP (professionally!) very, very soon! I did a super quick single-take live recording of one of my tunes in the woods the other day, and I'd like for you all to check it out!

Let me know what you guys think.

How's everybody? What have I missed?

Sally hackett but not seen her in ages. what was that girl called who was canadian and had bags of talent and did videos for her songs? Leaving london or somthing with headlight trails in it i think her name started with and L but i aint sure

I'm back. And cheers.

2010 was fantastic in terms of progression as a musician, and general things relating to the art scene in the area. I've started playing gigs several times each month, have had newspaper and television interviews (local), opportunities to work with some pretty cool people, etc. I've got people who want to help me record and release a proper EP and music video in the new year. I've won photography competitions and a video I made has just been accepted to play at a local film festival in January. Things on this front have been incredible (I owe it a lot to one person).

While that was all starting to pick up, I was pretty down for the first half of 2010. Frustrations with my job and friends, hating the fact that I was working a dead-end minimum wage retail job, and losing two grandparents in the span of 6 months, and just not being able to figure out what I wanted to do with myself.

Then I basically had a "fuck EVERYTHING" moment, decided that I was tired of not doing the things I wanted to be doing, and starting looking at possible things to do. I've really wanted to go do a stint in England for the longest time, and I figured it was the right time to go ahead and do that while I had no responsibilities.

I'm in the process of the VISA application right now, and one it's approved (hopefully), I'll be heading over to England for 6 months in 2011. I don't know what I'm going to do, but I'll be living one of my dreams so I'm not too worried.

It's nice how once you've got goals and something to work for, how your entire outlook on things change.

My New Year's Resolution for 2011 is to continue to do at least one charitable act (on bigger than an every-day act of charity scale) each month, and to live a bit more care-free.

God what is the point in makin music the way u do it anyway....so uninspired and so unoriginal.....no different from the 20 kids standin on the corner with a guitar.....put some emotion into it.....I hate how apthetic ur comin off.....thats not an artist....do u even want to be an artist ???.....PEAC EOUT

Woah, Waz - I think you're being a bit harsh here. I don't personally want to sound like an ass, but that's seriously an dick way to respond to somebody's work. Matt obviously has talent - musically, vocally, creatively and just in general (I've known him forever and see on a very regular basic what this guy is capable of), and telling somebody that they're not an artist because they sound like everybody else when they do an acoustic cover of somebody else's song is just low. Maybe you should take a look at your own YouTube page, Waz - did you ever think that maybe you're no different from the twenty kids standing on the corner with a guitar either?

So, a new music store opened up in my town. The two we've had kinda suck. The names suck. Anyways, this new store has Gibsons, Martins, Fenders, PRS... really great stuff. The guy's even got an old Les Paul SIGNED by Les Paul himself. The store is still under some minor construction and there's boxes and piles of stuff all over the place. I'm rooting around, and I see before my very own eyes, a vintage Vox AC15 amp. I ask him how much he's selling it for, and he's like, "$999, with original footpedal and original manual. I also do trade-ins too, if you're interested." SHA-WING! Thing is though, I've wanted an AC30 for awhile. Would an older AC15 do justice to an AC30? Or should I just wait and save up for a new AC30? I'm thinking of trading in my early 90s Fender 112 Deluxe Plus amp and my 2004 Epiphone Les Paul Standard for it. I never play the LP and I've wanted a Vox forever.