E§phil hasn't added any friends yet.

Hey all, been a long time since I've been on these forums. Wanted to drop by and say whats up. Been wanting a Carvin for pretty much forever, and I bought one and then another 2 days later. First one is a AE185 on the left, and the yellow one is a 1980's Ultra V, which apparently is a rare color. I wasn't originally gonna get a V but I saw it and I just had to have it, the guitar looks so 80s which I LOVE.

Next up is my project.

I ran across this neck from a builder in the USA about 3 months ago. I debated quite a bit if I wanted to get it, the price was pretty high. I kept thinking about it and decided just to go for it. I waited about 2 months but I finally got the neck in today. Its one of the most insane necks I've ever seen. Its solid Brazillian Kingwood. 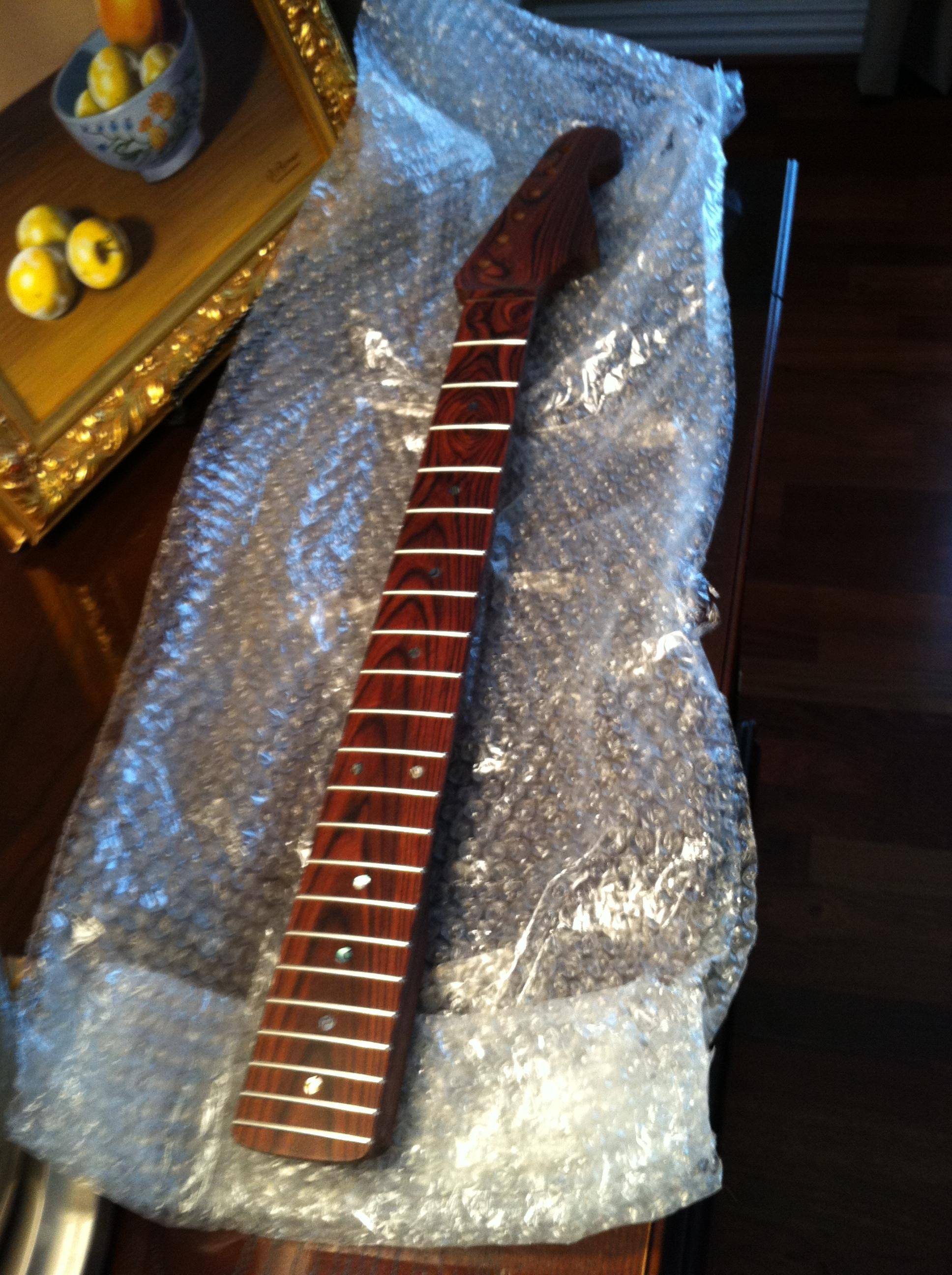 I have not ordered the rest of the parts yet, I'm looking to go all out on this guitar, but I'm so undecided what body to go with. Wanted to get your opinions on what body would look killer with the neck? I'm leaning towards mahgonany with flamed koa top.
I'll probably order from Warmoth, but I might use a Luther to assemble it since I don't want to attempt to drill the holes thru that neck.