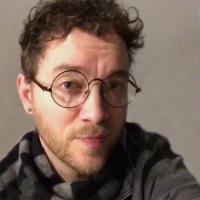 Actually my mate tez has a cousin called barry (whos known as bazza to his mates) whos girlfriend is a make up artist. ok ok she just sells avon door to door but i digress, she once bumped into an old man in the street and knocked him to the floor. after helping him to his feet she offered to buy him a cup of tea to calm his shaken nerves. he refused but they got chatting anyway. sadly he ended up getting the wrong end of the stick and gave her fifty pounds for full intercourse. She was adament it was simply a gift and that the old man was being an "indian" or so the arresting officer wrote in his note pad and then later repeated to the magistrates court. well one of those magistrates (not the dad one who sits in the middle, it was the one to his left) was also called barry - but his was short for barrington and therefore a diminutive in its own right. well barrington actually attended grammer school with a boy who would later go on to star in many amature dramatical productions of light farcical offerings that had titles based around a pun or some inuendo. well one of these plays told the semi comical but heartfelt story of a pregnant 18th century nun on the run from eastend villians.

thats how much i give a shit

Certainly not my top 15 movies... but out of the ones I own, I think these are pretty peachy

that was my attempt at ghetto slang. i sat for a moment and wondered how i might get liberry in there. 'Sides... she had it comin'!!

That's how you know I'm right.

I googled him. I found him... unfunny.

Juggalo: For the most part, an uneducated, pathetic excuse for a human being who listens to the group ICP who are bold enough to actually consider themselves musicians. People you see wearing "hatchet-man" accesories. They should not be allowed to reproduce, because that is too cruel to future generations. ICP isn't rap, it isn't metal, it isn't rap/metal, and it isn't horrorpop. There is only one way to properly categorize ICP; unnecessarily and unartfully offensive and obnoxious noise.

Does anyone remember Tie Fighter VS. X-Wing, or Dark Forces? Mmm. Good times.

Sounds like a case of not knowing what you had until it was gone. Or, you're just missing the past and making it (and her) sound better than it was. You'll get through it Waz. Chin up.

According to this morning sample, it would be a twinkie thirty-five feet long weighing approximately six hundred pounds.

I couldn't help but wish they had said "We don't need no ... stinking badges" instead

Everything is bad for you, crumbs.

cause then you'd have wet bread, Spacey...