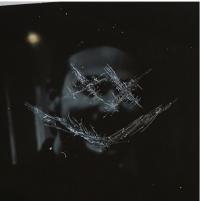 Lover of all things music, astronomy, and business.

I've been pretty reluctant to post here regarding what I'm about to talk about at risk of being misinterpreted as exploiting a personal tragedy for attention or whatever.. but you guys are my digital friends and I don't have a whole lot of people that I feel connected to that I feel comfortable being vulnerable with.

Maybe it's assbackwards, or just a really unfortunate flaw of mine, but I'm more comfortable talking in this forum then the flesh and blood I'm around. Maybe it's because a persona isn't really necessary here, and I can just be myself.

I've always handled loss poorly. On the outside? I project myself as concrete, unaffected, and am usually more concerned with comforting others whom were affected. I don't like showing vulnerability; for some reason my mind has labeled it as weak and taboo. I know it's healthy and normal to allow yourself to cry or grieve around others, but it's like an uncontrollable defense mechanism in me to reject it and swallow it.

My biggest problem when faced with any sudden loss, is I become reclusive and bitey. Loss has many faces; and I have dealt with quite a bit on the past few years. After the failure of my marriage, I lost most of my friends because I withdrew and became very bitter. I get bitey when people ask "are you ok?" Or want to talk about it. It's a really bad flaw. Because of my attitude and my rejection and outright asshole attitude towards my friends who were just trying to be there, most of my friendships were destroyed. Soon after that I spiraled into a brutal addiction that further isolated myself from family. Since I've recovered, I've just occupied myself with business.

My closest remaining friend and business partner committed suicide in April within an hour of hanging up with me on our last phone call. I am having a really hard time.

He sent me a postcard that I received after his death that served as his goodbye, and just today was sent a video by his roommate who was able to break into his Mac to recover his in progress projects that I'm now tasked with finishing. Both of these indicate that it was planned. Our last phone call was great, and I had no indication that he was going to do this. After he hung up with me he changed all of the social profiles to black pictures and ended his life, discovered shortly after our call.

Had anyone dealt with this? Can I have some advice on how to not drown in misery?