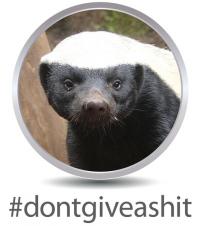 Okay, so my 3 year old has been on a Toy Story kick so I've seen the three movies roughly 30 times each in the past three weeks.  I'm just glad she's off the Frozen kick.

I'll say this - I remember when Toy Story 1 came out and I thought it was awesome, but watching it so many times recently - first, you really see how far CGI has come between the first and third movie.  The rendering of a dog in the first movie was awful, by the third, its awesome.

Woody is a dick.  I never caught this as a kid but he really is - in each movie.  In the first, its obvious.  He tries to sabotage Buzz and go to Pizza Planet.

In the second, he is awesome in the beginning by rescuing a toy from the garage sale and you start to think he isn't going to be a dick but then when the other toys try to rescue him he is all about going to Japan!  If he would have just left with them the last quarter of the movie wouldn't have had to happen so dramatically - what a douche.  He turned his back on Andy.

In the third movie his dickiness is a little less obvious, but it comes in his complete lack of ability to emphasize to the other toys how Andy was not trying to throw them away!  I get where the other toys are coming from -- they were put in a trash bag for crying out loud.  Woody had all the tools at his disposal to articulate how they were intended for the attic but ended up on the curb, but he failed to do so.  Dick.

Maybe I will get to sell my spice blend in grocery stores?

Not sure if you guys are familiar with Bob Garner, he is a local restaurant reviewer and television personality, he had a show on PBS and has worked with the likes of Paula Deen and Bobby Flay (I'm not necessarily a fan of either, but they are recognizable food network names).

Anyway, he was in my restaurant recently. I just checked the email and he sent me an email asking if I would be interested in packaging and selling my meat rub (it's good on lots of stuff: seafood, red meat, pultry, and some veggies). I have to talk to the owner about it because while it is my creation, it's basically his product. Perhaps sometime soon you can pick up Sammy's meat rub at your local grocery store...!

Hey Derf! I found you on ESPN